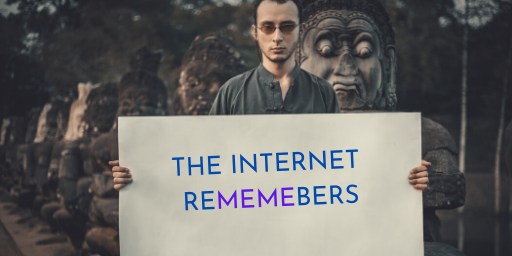 In my early days as a strategist, I was obsessed with interrogating celebrity worship culture. Particularly celebrity worship culture fueled by controversy. It seemed asinine to me that the more problematic a public figure behaved, the more likely people were to tattoo their faces to visible body parts, scream uncontrollably and have complete meltdowns at the sight of them.

Digging into consumer behaviour, I began to see that for the average person, daily life is bland and boring and people get adrenaline rushes from controversy. In fact, one school of thought has it that controversies are drugs for the mind. It provides people with a sense of identity almost as compelling as religion.

Love or hate them, Donald Trump, Kanye West, half the cast of Big Brother Nigeria, Naira Marley and even Hushpuppy have built entire brands off controversy and are testaments to the fact that controversy isn’t always detrimental to your branding and can in fact have a number of benefits.

For many businesses, it’s almost instinctive to avoid controversy. In fact, entire industries are built around helping brands avoid, manage and kill controversy. The idea of upsetting or alienating potential customers goes against every textbook definition of "good business." While staying on everyone's good side is guaranteed not to make you any enemies, it might also keep your brand obscure.

Truth is controversy marketing is arguably the most cost effective marketing strategy because of the high levels of awareness, conversation and conversions that are likely to come out of a "done right" controversial campaign that goes viral.

Does this mean your brand should go about stirring controversy? Or make avoidable errors in a bid to be relevant? The not so short answer is that with brands, there needs to be a method to the controversy madness.

The first rule is to pick an issue that polarises people, choose a side and stick with it. Take Unilever owned Ben and Jerry’s for example. They picked the very divisive subject of LGBTQIA rights to make a statement in Warsaw. First creating floral rainbow installations and when people kept tearing this down, eventually installing the “unbreakable rainbow” in the form of a water-light hologram. Challenging an established paradigm with a defiant position like this got them a ton of earned media mentions/free PR and brand loyalty from millions of equal rights advocates.

Nike’s “Believe in Something” campaign is another great example of controversy marketing done right. The campaign took a stand against racism, collaborating with ex-NFL quarterback Colin Kaepernick (who inspired a wave of player protest movement by kneeling during the national anthem before the start of games). Given the sensitivity of the subject of race, it was a strategy that risked alienating a consumer segment. The campaign proved to be a touchdown, recording remarkable success especially amongst Millennials and Generation Z and generating an estimated $43 million in free advertising for Nike. Sales skyrocketed by 31 percent and Nike's stock price hit an all-time high in the aftermath of the campaign.

Rule 2 is to offer real value. Today, more than ever before, consumers are rejecting performative or gimmicky campaigns from brands and insisting that they offer value in exchange for the attention. If a brand is taking on nuanced topics like gender, racism, sexuality, diversity and inclusion, said brand will also need to show what value they are bringing to contribute to the conversation.  In Nike's case, they have made internal commitments to improving workplace diversity and pledged millions of dollars to supporting black owned businesses.

Rule number 3 is that controversy marketing must connect back to the brand. As you work to infuse more controversy into your marketing campaigns, remember that the end game is business growth and that authenticity cannot be forced. In view of this, your brand needs to be aware that it cannot take on just any controversy but should rather identify the controversial subjects that fit– are relevant to its audience and on which the brand's voice has some authority. A company that has women in key leadership positions for example, is in a good position to have conversations about workplace diversity and gender based violence against women.

Like everything else, no idea is immune to negative feedback and so brand custodians should upfront have a clear plan for dealing with naysayers. Also important to double and triple check everything to ensure that potentially controversial campaigns are backed by reliable data sources and are not at risk of compromise by any historical digital footprint.

Remember that effective marketing isn’t about being risk averse. Truly great marketing is about taking smart and calculated risks.

On a terribly unrelated note, as I write this, EFCC boss, Ibrahim Magu has been arrested by the DSS over racketeering allegations. I am reminded once again that in the infamous words of Naira Marley, “Ole ni everybody.”

9 thoughts on “Controversy and Brand Building do not go hand in hand. Or do they? 🤔”