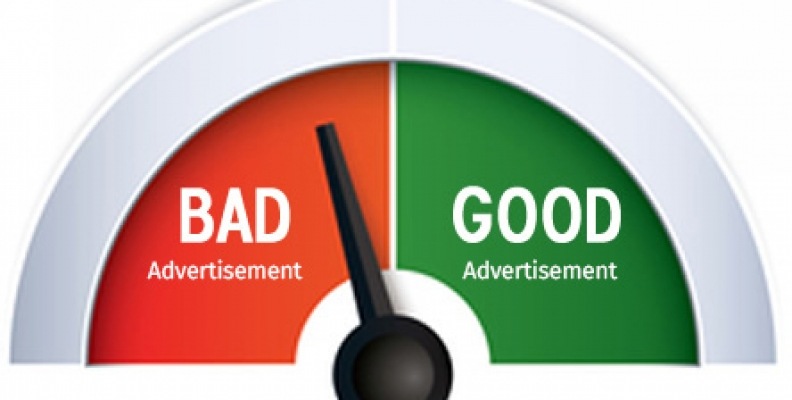 Last week, there was a viral tweet about the “poor” quality of ads airing on Big Brother Nigeria. According to the poster, with all the money spent buying media placement, the brands would have done well to invest in better quality advertising.

As a marketing person with an advertising agency background, my first instinct was to strongly agree. As a conscious “anti-hearder”, my next instinct was to think “but an ad can be so bad that it becomes a cult classic and ends up actually being really good!”

A few years ago, I stumbled on the case study of a P&G brand named “Charmin.” A line of toilet paper. In the 1970’s, they had created a  character called “Mr Whipple,” a fictional supermarket manager. P&G built ads around this nervous grocer reprimanding people for squeezing the rolls of toilet paper. Often wagging his finger and scolding them with the words “Please don’t squeeze the Charmin.” Only to give it a few squeezes himself once the customers scurried away.

The campaign ranked poorly on believability and was one of the most disliked commercials of the 1970s. Yet, Charmin was number one in sales and  those ads sold billions of rolls of toilet paper. Mr Whipple remained for years as one of advertising’s most bullet proof personalities and it almost seemed like the more irritated people were at the unbelievable and repetitious commercial, the more toilet paper they bought.

Fundamentally, I believe that when it comes to ads, there are good ones, bad ones and then there are those ones that are so bad, they’re actually good.

Strip an ad of all its glitz and glam and at its core, advertising is supposed to solve problems. More often than not, the problem in need of solving is to induce purchase and few things induce purchase like a sticky ad.

My hypothesis is that the key to a great ‘so-bad-it’s-good’ ad is that it does not know how terrible it’s being. We laugh, but our enjoyment also comes from a kind of bewilderment: “How could anyone think that this was a good idea?.”

From a consumer’s perspective, the ad’s stickiness is founded on the fact that its failures are so genuine, it becomes a gorgeous freak accident of nature. An ad that turned out beautifully- not in spite of but because of the failures of the ad in itself.

This time last year, there were at least seven ads continuously airing on Big Brother Nigeria, but guess which ad everyone kept talking about for the full duration of the Big Brother show? The “terrible” Samvita “Yum-Yum” ad.

While other brands paid for influencers to generate conversations to keep their brands relevant online as the season progressed, at last count, Samvita’s ad had garnered +5 million organic impressions on Twitter alone with weekly conversations and even YouTube video reviews boosting it’s already incredible reach. What’s more? You know what line of Semovita people are more likely to reach out to grab off supermarket shelves now? That’s right– Samvita.

Creativity purists will never consider these ads worthy, but at some point we may have to admit that an ad can be so ridiculous, it’s fun, sticky and ultimately incredibly effective.

With good-bad ads, it seems that the very features that make it bad- the awkward dialogue, nonsensical plots, wooden acting, poor lighting and visibly low budgets  – are what end up drawing people in.

Which is also the reason it’s harder for bigger brands to make good-bad ads. When big brands fail, it’s often boring, self indulgent or ironic. Smaller brands however are less likely to take themselves too seriously and are therefore able to fail in the right ways – by remaining interesting.

With consumers having a complicated love-hate relationship with advertising and people generally denying that advertising has any effect on them, ads characterized by absurd storylines will not be the worst thing to happen to television.

At the end of the day, If you’re going to fail, fail so big that the world watches for years to come.