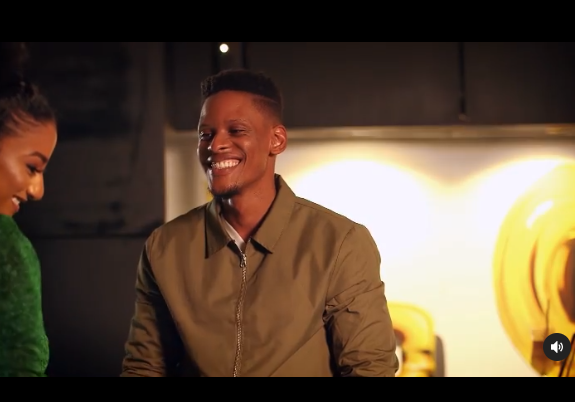 Terv: Didi claims that she asked Siri to remind her to chat with me on Valentine’s Day. Yet, somehow, I only got a “hey babe” on the 15th of February. This is peak side chick treatment.

Didi: Terver rescheduled our dinner, as the side chick that I am

Terv: Tbh, I couldn’t do it. The amount of food I was confronted with yesterday has to be ungodly on some level

Didi: Same here. When did Valentine’s Day become about food? All my lovers chose to send me food

Terv: Around the same time asking romantic interests “have you eaten?” became the ultimate expression of love in Nigeria. Also, “all your lovers!” Giirrrll, scum is really a four letter word

Terv: Honestly, restaurants doing entire campaigns for Valentine’s feels to me like an overkill. Their spots would be full and running over regardless. Now that I think about it, the food brand that really make a big splash in the build up towards Valentine’s was Weetabix. I also like that they followed up with a post for Valentine’s.

Didi: Oh yes. The Weetabix moment was fun until Nigerians brands stepped in

Didi: Fam. DSTV said “let’s slide in our functionalities that no one knows/cares about in a conversation happening globally.” Extra view you knowww

Terv: This meme was so me when I saw that Tweet. A conversation that needs to be had is why we haven’t (yet) had a successful brand tag moment in Nigeria. The last time LaCasera tried it, they got hit with a mini PR statement in all caps. ALL CAPS!

Didi: “WE HEREBY DISASSOCIATE FROM THIS COMMUNICATION!” That tweet must have been written by their 60-year-old barrister on a typewriter. We’ve had a few successful ones though; back in my Airtel days, there was one with Stanbic IBTC

Terv: Yeah? How did that go?

Didi: It went smoothly. Trying to find receipts! We basically hopped on their tweet claiming they copied our idea and bantered back and forth. But agreed, Nigerian brands have a long way to go

Terv: Our next post should speak on how to “brand tag” successfully. I watched a Nando’s ad that was basically a spoof of the Old Spice commercials and my life has not been the same since. But back to Valentine’s. Any stand out campaigns for you?

Didi: Sincerely, no stand out campaigns. I liked that LaCasera doubled down on their “This is not a full stop” proposition and tried to follow up on their previous year’s campaign (despite the “ela”), asking for a new snack “partner” since G-babe abandoned them

Terv: A standout from the back is definitely the blue Bank asking people to take loans to prove their love. I mean, what better way to say “I love you” than in debt?

Didi: Omg! Horrible Standout. But a close second to that is Closeup asking people to upload pictures of their crush and shoot their shot at them. Sounds like borderline harassment

Terv: I really like what Union bank did with their #AFreeUnion, sponsoring both a wedding and a proposal. Both couples were ridiculously cute and I liked that it got some nice amplification on social media. Although, the frugal marketer in me can’t help but think that for the amount of money they spent, they should have unveiled this campaign from the second week in January

Didi: Did the couples get married on Sunday?

Terv: Yup! The whole shebang, complete with an appearance from Johnny Drille. Now that I think about it, Union is such a cool name and they can/should do so much more with it

Didi: More like what? Become a wedding brand? Make rings?

Terv: More like get a social conversations strategy that allows them tinker around everything from friendships to food pairings and games

Didi: Hmm fair enough. Back to campaigns, looks like the KPI for the Trophy Valentine campaign was “no engagement.” The campaign had very many steps, just to win a dinner (always a dinner by the way). When will brands learn that when the barrier to entry is too high, you’d get almost no engagement or engagement from people who exist online simply to win things and that’s exactly the audience that wouldn’t spend money on your brand. Also, word to my colleagues out there, your campaign theme doesn’t have to be your tagline. Let’s not force fit these things, please

Terv: Completely agree. When building campaigns, we cannot overemphasise the importance of keeping it simple. Too many requirements and you end up increasing the barrier to participation and getting super low engagement. Identify the thing that’s most important to fulfil the campaign’s objective: comment, tag, post, etc and task people with that one thing. Also, a celebrity hangout is cool and all, but aren’t we still in a panasonic?

Didi: Well… Union Bank did a whole wedding, so I guess the panoramic is gone from this part of the world

Didi: I liked the smile ad. Wish they’d believe in themselves some more and invested a little more promotional budget. Smile, you can do it!

Terv: I like everything that Elozonam is doing with Smile. The execution is not always perfect, but there’s some real heart in the storytelling and I’ve found that there’s something really special about when a brand sticks to an ambassador that doubles as a content creator. E.g look at Ryan Reynolds and Aviation gin

Didi: Or Fenty and Rihanna 🌝🌚

Terv: My spidey sense tells me you’ve been looking for ways to squeeze Rihanna into this conversation

Didi: Yasss! Now, I can only hope she reads this

Terv: Rihanna if you’re reading this, I had a picture of you on my wall in secondary school. (Aaaaaand just like that, I officially declare my Lori Iro candidacy)

Didi: I agree with you on strong storytelling, and I think it’s important that brands look for more ambassadors like Elozonam; creative micro influencers that are willing to put in the work. You don’t always need the 2 million follower ambassador. That’s what media budgets are for

Didi: This! Your most creative work would almost always be done with the non-starboys who are available and willing to go the extra mile

Terv: Continuing with the highlights from Valentine’s day, I have a problem with all the beverage brands that went in the direction of bending/merging bottle corks into a love shape. Its borderline ‘bleh.’ And I’m being generous with the borderline

Didi: Isn’t that the tag line for our ad Industry? ‘Bleh?’ And to be honest, it’s hard to tell where the blame lies when even the simplest of ads have to go through one million layers of approval.

Terv: There was also Maggi’s Tony Umez Valentine ad. If anyone is expecting a proper critique, let me just make it clear that Tony Umez is my childhood hero, I’m here for all the cheesiness of the ad and I will not be tolerating any “Dorling” slander!

Didi: I love it! It does the job, and it reaches a much wider audience. This is another teachable moment people– use more OGs in your ads. These young influencers are cool, but mostly exist in a bubble. Unless you are addressing very niche segments, if your product is for a mass audience, an OG like ‘Dorling’ would always reach more people than your favourite comedian

Terv: Speaking of young-ins, what was that Durex proposal ad with Kiddwaya?

Didi: Ah! Namaste Wahala from BBNaija folks, so I wouldn’t be commenting on that Durex ad.

Terv: LOL! Let’s dig into this ad a bit shall we? So we have Kiddwaya– great brand fit (we will not be forgetting in a hurry all the choking that happened in the Big Brother house), but the obvious yet somehow supremely exaggerated storyline, the acting and the cinematography! All I’ll say is that na-maste away from both the ad and that movie. It’s ironic that there’s a line in the ad that says “everything seems so natural,” because, forced, okay!

Didi: I haven’t watched ‘Namaste Wahala’ but I heard it was a great disaster. New Nollywood wozzup?

Terv: New Nollywood needs to come to the front of the zoom meeting. They should kneel down, raise up their hands, and then sign a contract to be of better behaviour– Oli Ekun style

Didi: The Durex ad was really poor storytelling. If the plan is sci-fi then let’s know we’re in for the super unrealistic. But guys, please, please and please… the whole condom proposal thing was a bucket of confusion.

Didi: Uhhh, don’t you just love the simplicity of our neighbours! Threw their products into hampers and asked people to buy them. Not obsessing over building emotional connections, just letting you know to buy their products

Terv: Fam, the sales and marketing people there are working in one accord and it’s lovely to see. Add to my bottomline, increase my balance sheet. Marketing is not marketing if it does not solve business needs. On a brand note, I’m loving everything they’re doing with the “Own your hustle” campaign. In conclusion Didi, what have we learnt today?

Didi: Lesson 1, marketing is not marketing if it does not solve business needs; lesson 2, don’t give your legal team your brand’s Twitter password so we don’t have a repeat of what Gala did; lesson 3, identify up and coming creatives/micro influencers and work with them on a long term basis

Didi: Lmaoooo. Bantus, I hear you should watch Namaste Wahala at your own risk.

Terv: And while you’re at it, you can boil beans one bean at a time, because clearly, you don’t appreciate wise counsel.

Let us know if we missed out on any really cool campaigns guys! Later Bantus, Namaste!