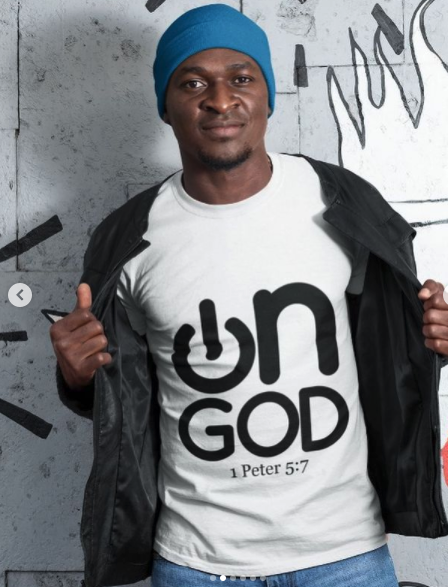 Terv: Tell the people how this Lannister doesn’t uphold her debts

Didi: The Lannister is just being delayed in traffic.

Terv: One full week after! Ya’ll don’t be surprised when you hear that our friendship has dissolved and I’ve moved on to greener pastures.

Didi: LOL! What are we feeding our Bantus today?

Terv: Before we get into it, hilarious how the name Bantus has grown on you. Just a few weeks ago, it was “really Terv!”

But I’ll give you a hint “That hallelujah is not big enough for my Jesus!”

Didi: We’re getting into the gospel?

Didi: In other words, how culture eats strategy for breakfast! Or how culture and strategy make the perfect meal.

Terv: Unlike Weetabix and baked beans 🙈

So let’s establish some context for the people: “Street Church” is a social media based content platform that essentially takes popular Nigerian quotes and unifies them with actual scriptures from the Bible that operate from the same founding principle. For example, the popular saying  “Avoid see finish?” bears commonality with Proverbs 25:17 that says “do not visit the people who live near you too often. They may get tired of you and you will make them angry”

Didi: Everything Terv said! “Street Church” has garnered such a large organic following since they began and there’s certainly a lot that brands can learn from them.

Terv: Basically taking local slang like “On God” and “Sorosoke” and popular Twitter phrases like “O wrong nau” and showing how (if you look closely enough) there’s a Bible verse for that! Showing how closely tied culture– even popular culture can be to religion in Nigeria

Didi: They began just over a month ago and are now seeing up to 10,000 organic likes on Instagram and sometimes averaging +6k retweets on their daily devotional posts on Twitter with a ton of comments and shares on both platforms. I’m more impressed that their messaging is spreading through WhatsApp. In Nigeria, that’s how you know you’ve really blown.

Terv: So what we’re going to do today is pinpoint some specific tactics they’ve used and learnings for brands in using similar approaches to unlock growth.

Didi: Terv, what’s the first thing that has stood out for you?

Terv: Lesson 1: “Culture and religion remain the most compelling communication platforms in Nigeria” We’ve seen time and time again that religion and culture are unifiers, so if you’re looking to appeal to a wide audience, sprinkle some culture or religion on your brand. It doesn’t have to be anything special– just a hat tip with a bio that reads “God’s first daughter” or naming your mother brand “It will end in praise LTD” works perfectly.

Didi: And if you are a religion-agnostic brand?

Terv: It’s not for everyone, I think this advice is mostly for small businesses for whom polarising audiences in this way creates a huge market for them to tap into as opposed to potentially alienating people. Nigerians love a hat tip at blessings and favour.

Didi: … and who wouldn’t want their orders to end in praise? With the infamous inconsistencies of Instagram vendors, a little faith can’t hurt.

Didi: Very true! Now for Lesson 2: Properly blend the use of colloquialisms in your content with the actual message you want to pass across. What I mean by that is don’t mention slangs or tap into popular culture for the sake of it. Find that connection.

Terv: I feel this on a deep level. So one mistake that brands (big and small) often make is reaching for a connection and breaking their arms while at it by overextending themselves to make the most tenuous connection known to man. Slangs and tapping into local culture can make for really smart content, but you have to do the work and make sure there’s a real connection to your core business

Didi: Don’t be like the purple bank, sending mails about a certain Coven to 50 year olds who are oblivious to the context of the phrase.

Terv: LEMAOOOO! If I were the marketing manager for Purple Bank Didi, it’s on sight when I catch you on streets 😂

But let’s move on to lesson 3: Have a monetisation plan from the jump: I say this because i’m constantly marvelled by how many people start enterprises or content engagement platforms with no idea how to unlock monetisation. Like did you imagine it’ll somehow just work itself out?

I particularly  like that “Street Church” started thinking through monetising from merchandising, and I can already see a clear path for brands to be able to tap into their platform to promote campaigns

Didi: The shirts! The merch. Génial! I like that they started monetizing so early.

Terv: It’s beautiful to watch the trappings of an actual business plan in a space where there’s so little thought to business development

Didi: I know the brain behind it is a sound marketing mind but I still wonder if he thought it through this way or if it’s just working thanks to the nature of the brand.

Terv: It might be a bit of both perhaps

Didi: Yeah, either way, it’s smart. So many people are still excited about the ingenuity of it all. By selling merch to them, they have created another channel that organically increases their reach and activates word of mouth

Terv: Facts.It’s so wholesome and family friendly too! I’d buy that shirt for my mum!

Didi: Lesson 4: Be intentional about your brand identity. I can’t think of a better choice for them than black and yellow!

But yes, aligned on the visual identity. It certainly helps that Black and Yellow are Danfo and general transportation colours. Like religion in Nigeria, these are inherently omnipresent colours. Black and yellow are also Ewa Agoyin and Agege bread colours.

Didi: For our international readers: Danfo’s are the most common public buses you find in Nigeria’s commercial capital; Lagos, and ewa agoyin and agege bread is basically beans and bread.

Terv: It just occurred to me that growing up, Danfo’s and other similar means were some of the largest gospel distribution channels. Nary could you enter a bus and after 5 minutes not hear “Praise the Lord!,” succeeded by a sermon.

Terv: Okay, lesson 5: Pivot. While you have the attention. A lot of small businesses think “this is working, I’m growing a base on social media, I’m making sales here, what’s the point in extending my reach?” Well, i’m here to tell you that the point is that a) Like changing a job, the best time to pivot and branch out is when you’re hot. Not only is your audience likely to follow you everywhere, you’ll keep extending your spread and acquiring new people b) Building a single-channel brand is one of the most high risk things you can do in 2021. One false move, one wrongly clicked link and you can get kicked off your biggest social media channel at any time (It happened to Trump while he was a sitting president!), so definitely diversify your audience and build an email list just in case c) With content there’s an expiry date before you stop being the best thing since sliced bread, you want to find as many verticals as possible to optimise your monetisation efforts and that’s exactly what “Street Churchh” is doing by pivoting to vox pops on YouTube

Didi: I saw the YouTube channel and just went “Yes!.” Same communication, still on brand, fresh channel for them but using a format people are already familiar with. It really ticks all the boxes for ease of adoption.

Terv: Yup! and let’s say they crack the funny….OMG! I can see brands jumping over themselves to get in on it.  Lesson 6: Street ti take over: We’re not strangers to street movements. About a decade ago, Olamide took over the music scene declaring that the streets are now in charge and just two years ago, Naira Marley had everyone refusing to wear belts and calling themselves Marlians in celebration of street culture. So we should have seen it coming – this spreading the gospel through street lingo.

Didi: Hmmm…. the gospel in a sachet?

Terv: You can say that. What’s interesting for brands and small businesses, is to see the many opportunities to communicate, package and sell everything from food to hair and clothes for the streets. The important thing is delivering and packaging your brand in the way that’s best for the audience to receive it. Mass markets are often ignored in favour of premium positioning but the volumes that drive growth for some of the biggest companies come from mass market sales.

Didi: Completely agree that there’s a lot the street can offer. The volumes sit there and brands will do themselves a favor to tap into this market once they see an opportunity.

Now onto Lesson 7. The last but not the least yuuno: Content is king but co-created content knocks it out of the park: So “Street Churchh” introduced “Confessions,” a weekly segment where users have to read along and engage with daily affirmations, making them feel as though they were part of the process and encouraging them to comment and share. The lesson for brands is  to find ways to collaborate with users because word of mouth is key and people are so much more willing to share what they feel like they’ve been a part of creating– which is one reason filters and microsites work so well.

Terv: Co-creation can be really brilliant. You can gain access to your audience’s audience in  ways that standard advertising techniques could never afford you

Didi: Exactly! One really good example is the “Friendvertising” campaign in New Zealand by the telco brand, Skinny.  The campaign used 100s of regular people in ads to communicate pretty much the same message, all driven by the singular insight that people are more likely to believe and act on recommendations from their friends and families.

Didi: I’d like to know which of these tactics our Bantus will be using in their business(es).

Terv: Ditto! let us know in the comments Bantus! So moral of the story: there are 7 lessons small businesses can stand to learn from Street Church and you should share this post with your friends who run SME’s. Also, pray that Didi and I survive this rough patch in our relationship

Didi: God no go shame us.

Terv: You can find that in Isaiah 54:4. It’s like i’m ready to join the team at “Street Church” Guys! Give me a call okay, I can be the silent co-founder who writes behind the scenes and I will work for food since Didi has decided to be, well Didi.

Didi: WOW! You know it’s bad when your name is used as a verb.

Terv: Lemaoooo. Have a great week ahead Bantus!