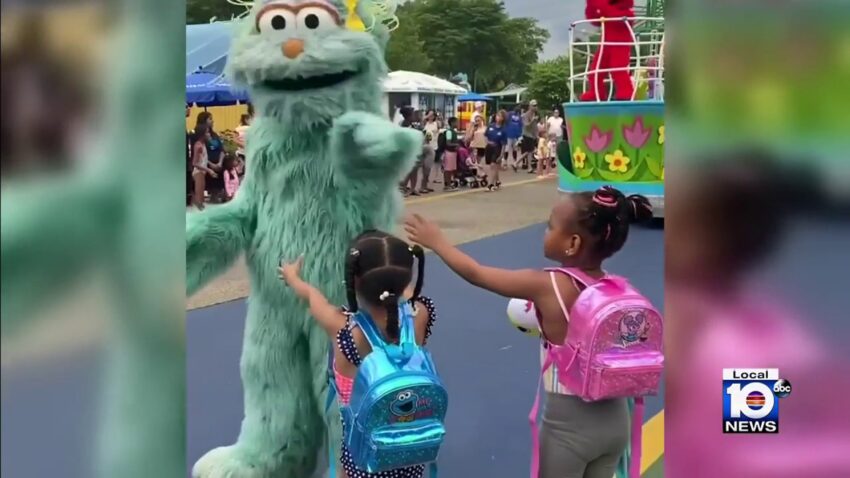 Terver: Aren’t you the older one in this dynamic? I’m respecting my elders.

Didi: I can use some disrespect, okay?

Terver: Lemaooooo, invite me to your home and don’t give me food. You’ll see the real me then.

Didi: Oh! I’m part Swed on my great grandmother’s side. You didn’t know?

Terver: LMAO! For those who lack context, here’s the reason Sweden has recently been canceled from my list of holiday destinations in the world

Didi: Holiday? You were expecting a stranger to invite you?

Terver: Of course. What’s that thing they say about the traveling Nigerian? He/she is everyone’s responsibility.

Didi:This is what Priti Patel is fighting against. Terver, let’s focus.

Terver: Haha! So speaking of things that are canceled, today we’re discussing cancel culture; brands that have faced and are facing cancellation and what brands must do when this happens.

Didi: Fam. This hits close to home, and almost everyone who’s worked in marketing for a long period of time has had to deal with this at some point. So if you’re just starting up your marketing/comms career, or you just never know how to deal with situations where a large number of people are against your brand, then this is for you.

Terver: Ahhh yes, the mob effect. So a good place to start will be to define cancel culture. Cancel culture is an offshoot of the call-out culture that gained mainstream popularity with the rise of movements like #MeToo and #BlackLivesMatter. Basically, it’s a call for a brand (corporate or personal) to be entirely boycotted or ostracized and all public support for them withdrawn.

Didi: I think my earliest memory of a brand being canceled was Chris Brown. People genuinely stopped listening to his music (including myself), and the drive was aided by music stations that stopped playing his songs.

Terver: This is so true. Even today, I don’t rock with Breezy. Chris is a good example of a brand that handled his cancellation really poorly. Started out on an apology tour and not too long after decided that he was going to drop the sweet boy persona and embrace his bad boy side. Meanwhile, in reality, Chris is such a lover boy– look at him here begging Karrueche to take him back.

Didi: Karrueche! She’s been out of the limelight for so long. What would you say Chris could have done better, Terv?

Terver: I think this is the first and most important thing brands should do in the face of a looming cancellation is what Chris should have done: take your time to decide how to respond. I mean, I’ve been there. I know how it feels on the inside, it’s hyper amplified when a crisis is happening and it looks like the whole world is crashing in on your brand. But rushing to issue a response only makes things worse. The likelihood that you wouldn’t have had the time to factor in every possible consideration, get proper advice from more neutral third parties like your PR team, regulatory and legal council and even properly figure out what’s at the heart of what people are angry about is very high.

Terver: A good analogy for releasing a statement so shortly after an incident has happened is like attempting to knee jerk past the four stages of grief after you experience a loss. If you don’t take time to process, you can’t get to the acceptance stage and figure out why people are actually angry so you can take actions that matter to them

Didi: Yup! When it comes down to it: do you offer a service and does the service work optimally? Brands quickly forget that if they tick those two important boxes, people will very likely continue to use your product/service for the value it offers. I remember during the #BoycottUber campaign about 6 years ago in London, barely anyone did, because we needed to commute and their service was pertinent to our survival (soft life only please).

Terver: Me, I boycotted them and I’m still boycotting. But that has more to do with me being broke. But yeah, I totally agree. We’re seeing that even today with the most recent boycott call against Sesame Place.

For people who don’t know, Sesame Place, the home of beloved children’s characters like Rosita and Elmo were recently accused of snubbing little black girls after a video surfaced of an employee dressed as Rosita refusing to high five them (after high-fiving and hugging other non black kids). Days after the incident went viral, Sesame Place released a press statement with some rather interesting explanations about what happened.

When that didn’t sit well with the audience, they’ve now issued a second statement, this time an apology and a pledge to train employees on inclusiveness. Important to note that in the time between these two statements, the family has lawyered up and will likely be seeking some form of compensation.

Didi: To be honest, I do not particularly blame the comms team, because we know how the heat internally goes up when these things happen; there is maximum pressure on you to quench the fire (a fire that you didn’t start!). But this is where being resilient and laying out your strategy comes in and that brings me to the ideal next step in the process – figure out how to address it but most importantly, who to address it.

Putting out an apology or an explanation is about instilling confidence in people who are already irate. It’s important to match the problem to the team responsible for ensuring the problem did not happen and then have the most senior member of that team take responsibility for it.

For example, if the backlash is in relation to fraud, your Chief Compliance/Risk Officer should be the one to address it (of course all written/scripted/managed by the communications team), but the perception of being in control is key.

Terver: This is actually a solid point. I think most companies like to throw marketing people in the deep end of a crisis, but it’s not always clever. For one, there’s already the perception that marketing people have a lot to lose in this situation so the believability is already compromised. Also, this is why every senior management person in the business needs to be media trained.

Didi: Fam! Media training is one of the most important skills a senior executive should have because even beyond crisis management, you represent the company wherever you go and need to ensure your words and actions are on their best behavior.

Terver: Quick sidebar: I find it really interesting how much damage personal brands in the form of brand ambassadors can do to corporate brands. I say this because you rarely see a corporate brand get canceled and it’s ambassadors canceled with it. In fairness, there’s some whiplash, but I think people generally get that the dynamic is transactional. Even today, I pretend like I’m okay, but deep down I’m expecting the phone to ring and for Obi Cubana’s apology for his endorsing Portable for Odowgu Bitters to come through.

Terver: My consumption habits are not your business babe. I’m gonna get you a shirt that says “FOCUS” as a daily reminder.

Didi: Oh well, posterity will have it that I tried to help.

Terver: LOL! Back to our next point, one of the biggest lessons for brands is that when you do choose to respond, it needs to be really thoughtful and honest. A sincere apology can stop the bleeding and most times when people move to cancel a brand it’s because they’re hurting about something. Being humble and genuine in whatever statement you make can make all the difference. If something indeed has gone wrong, an unequivocal apology and a carefully laid out action plan to do better is needed. And don’t just say you’d do it, actually put in the work because if it happens one time, it’s a mistake, if it keeps happening, it’s a pattern and you get stuck with irreparable perception issues.

Didi: This was Chris Brown’s case, really. It happened one too many times.

Didi: And this brings me to our final point – take some time off the media. You know how negative news travels faster and wider than positive information? This is exactly what will happen with your apology. So you need to give time for the rage to simmer and have the focus shift from your brand. Truth is there’ll always be something else for people to talk about so lay low and allow them to move on.

Terver: Damn straight! And if all else fails, gather all your team members and do a dance of peace and healing, like this beautiful number from Madonna’s son.

Terver: So to summarize: take time to decide how to respond, think about who your ideal spokesperson should be, make your response thoughtful and honest, take your time off and do some interpretative dance.

Didi: Lol! Everything sans the last phrase in that sentence. If you go and break dance, you’re on your own. Anyway, it’s a wrap for this week Bantus! Goodbye my lovers, you’ll always be the ones for me.

Terver: We’d love to hear from you guys, any points we missed out on? Any more examples of mishandled crisis situations by brands? We’ll be listening in the comments.