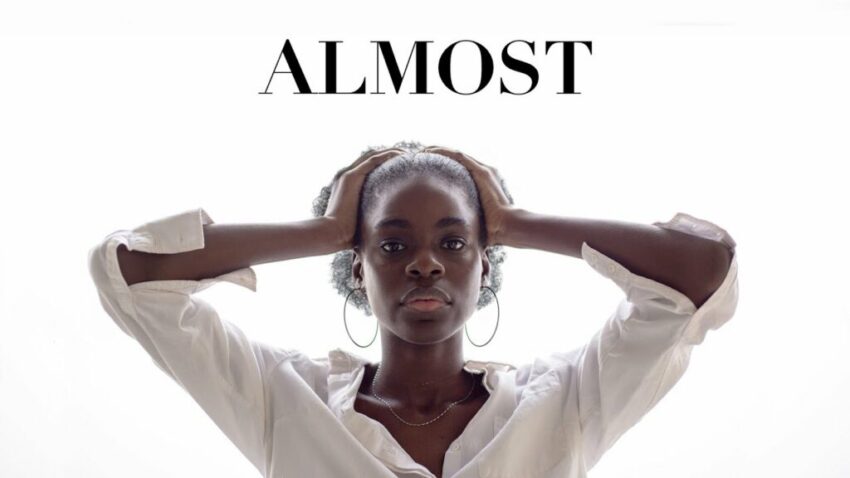 Terver: It’s been twelve full moons, a Biden presidency and at least one additional Lori Harvey breakup since Ajoke last graced the blog with her presence.

Ajoke: Oh wow! I didn’t realize it’s been that long.

Terver: How would you? You’re too busy taking the dramatic decision to leave Instagram because we’re no longer cool enough for you.

Ajoke: You know it’s okay to admit that life hasn’t been the same without me dropping fire emojis on your IG posts. Maybe I’ll consider returning to sit with the mortals.

Terver: Lol! Guys! Ajoke’s latest obsession is dropping bangers on Whatsapp– Wike’s band today, P.O’s accomplishments tomorrow! I love it! This reminds me that Ajoke has a whole secret identity on Twitter that I know nothing about. This pain in my chest must be how Jesus felt.

Terver:  God abeg oh. Friendship of over 12 years is what we’re calling ‘anyone’– I’m really going through a lot.

Ajoke: Maybe after we’re done writing, I’ll send you chicken, that always does the trick. Meanwhile, what are we talking about today Terver?

Terver: Can never resist the temptation to say “how to take over the world” to that question. And I also want to say I need more than a chicken bribe, but we all know by now that that’ll be a lie. Today’s topic is inspired in part by Korty’s Twitter rant that had YouTubers and everyone else up in arms. That situation reminded me about how trolling is a highly lethal, yet somehow criminally underrated brand building strategy.

Sidebar: guess whose YouTube page is now bang on the money with 200k subscribers?

Ajoke: Double sidebar: I believe the drags were well deserved, but I guess she won if her objective was to get more subscribers. There’s something to be said for brands (organizational or personal) that have the confidence to go after what they want, even if it’s at the expense of stepping on lots of toes.

Terver: That’s a fair point. What I personally find really great about troll marketing is how traditionally, trolls were something that brands used to live in utter fear of. Fast forward to this decade and the practice of ‘trolling’ has been turned on its head and is now being used as a disruptive and effective marketing strategy that speaks to a new generation of social media faithfuls.

Ajoke: I think part of what has happened is that there’s a bigger realization that there’s no material repercussion for the backlash that comes from trolling. Instead of being boycotted or completely canceled, people get rewarded with growth and increased awareness.

Terver: That’s an interesting perspective. I think a lot about the fallacy of human behavior and troll marketing is one area where that shines so brightly. People can see that you’re trolling, they say they understand that trolling gives you the sort of mileage that very few other things can offer.

Ajoke:  They’ll even scream “don’t feed the trolls” and yet, the RTs and hot takes keep rolling in. Same Whatsapp group as “you messed with the wrong generation” but Buju is on stage begging Mr governor to clear his Bentley.

Terver: I’m screaming! In general though, Ajoke, would you say that more brands should test out this strategy? Avec all publicity is good publicity.

Ajoke: I would say if your brand is not one in a heavily regulated industry where your stock price can tank based on a careless statement or a product of a global conglomerate that is too stuck in their ways, it’s definitely something to try. I think that trolling to get attention doesn’t always have to be super toxic.  I can definitely think of brands that didn’t go the Korty route, but still had the desired result of being talked about and going viral.

Terver: Ditto! You’re gonna go viral either way but it’s a risk versus reward conversation. My take would be definitely go for it if you’re a smaller brand or a third force in the market with little or nothing to lose. Actually, entering the market as a challenger brand and building your tone of voice around trolling the biggest player in the market (real or perceived) is a really smart strategy. Sterling bank did this with great success.

Ajoke: Yes absolutely, you go viral either way, but in this case I’m specifically referring to going viral and having a tangible negative impact on your brand like share prices going down. Also, I agree that 3rd forces definitely stand a lot to gain, but I’ve also seen market leaders also execute this strategy successfully.

Terver: I can think of a few personal brands that have trolled the public and killed off their brands. Jussie Smollet is an example. Faking a hate crime that ultimately landed him in jail and losing his job on a hit series. With bigger brands, the more common scenario is trying to be funny and then just missing the mark and appearing insensitive. Qatar did this after an infamous United Airways screw up. Note to brand custodians world over, never mix a troll post with self promotion. It just ends up looking desperate and the audience would not hesitate to put you in your place.

Ajoke: Mehn, that guy must have it rough knowing he brought all that trauma on himself. Back to my point about troll marketing as a market leader, MTN is a good example of how this strategy can be executed correctly. Remember when they trolled Etisalat years ago with the Saka Ad about switching networks. It wasn’t an outright call out, but it was tastefully done and what better way to tell the public they can switch than by using arguably their competitor’s most popular brand ambassador in an ad about switching?

Terver: Agreed! Competitor trolling is sweet. Consumers love it! Burger King and McDonalds have had one of the longest standing battle of the trolls and one of my favorite campaigns remains the “I’m a Mac vs a PC” ads.

But beyond trolling competitors, there’s also trolling public figures. Burger King versus Kanye West was a stand out moment. I also quite like what Spotify did with the Ed Sheeran ads.

Ajoke: Haha! I love the Ed Sheeran one! So what are some of your top “don’ts” for Troll Marketing?

Terver: Look at you asking all the right questions! First things first is that there’s always caution to be applied when you work with a risque strategy like troll marketing. The first question to answer is “is this consistent with my brand’s tone of voice?” We saw how seamlessly EFCC’s Twitter handle pulled off trolling, so much that they became hands down one of the most interesting government organizations by virtue of their online personae. My top rules are 1) only take advantage of opportunities that actually tie in/make sense for your brand i.e Don’t be random troll 2) troll marketing usually involves being timely so don’t be coming out the gate 48 hours after the topic has died down

Ajoke: LOL! I think to add to your second point is that when brands are engaging with hot topics with the goal to troll it’s important to use the language of the audience. Use relatable memes, gifs, don’t make us pick up a dictionary.

Terver: Absolutely. Number 3 is don’t be a bully, it’s easier said than done but the fine art of brand trolling requires walking the line without crossing the line. One way to do this is to focus on taking on topics that are debatable rather than outrightly polarizing and alienating. Finally, be ready for the potential of some backlash. Even the cleverest brands miss the mark every once in a while.

Ajoke: Yup! For the cherry on top, now that you’ve seen that Trolling can be pretty effective, don’t build your entire strategy on trolling. Even if Daniel Regha gets away with it, chances are that your brand may not survive the constant backlash.

Terver: Not my boy Daniel catching a drag on this fine day. Best of luck and don’t blame us if you make a mess of it. Lemaoooo…we didn’t send you oh!